After a long and painful delivery, I’m delighted to announce the arrival of a new addition to my household … : 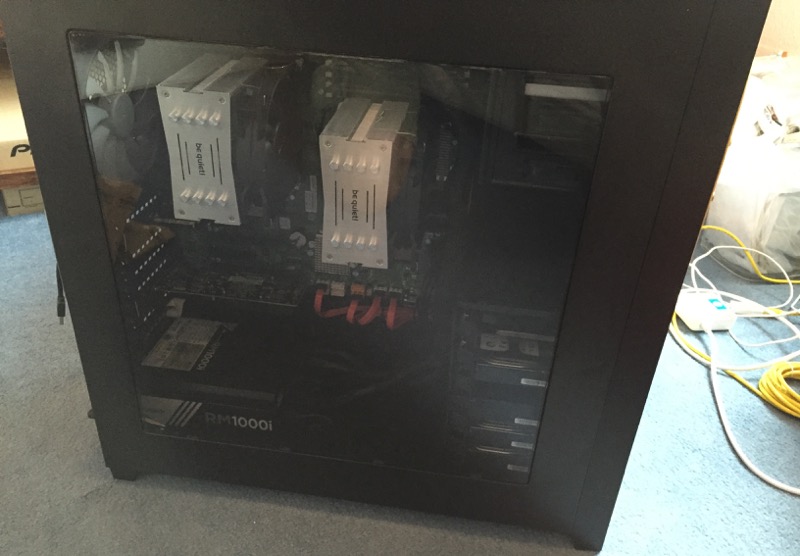 This custom-build from Scan 3XS is sat in my study quietly humming away. I’m going to use it for hosting VMs for R&D on OBIEE, Big Data Lite, Elastic, InfluxDB, Kafka, etc. I’ll blog various installations that I’ve done on it as a reference for myself, and anyone else interested. Which I guess means, myself ;)

I’m running Proxmox 4 on it, which is a bare-metal hypervisor. The other option I looked at was VMWare ESXi but I went for Proxmox because:

Earlier versions of Proxmox used OpenVZ containers and a custom kernel that I sometimes hit issues with not being compatible (e.g. with sysdig). Proxmox 4 uses the mainstream Linux Containers (LXC), and also supports Docker which is something I’ve yet to get to grips with but I think could be useful. 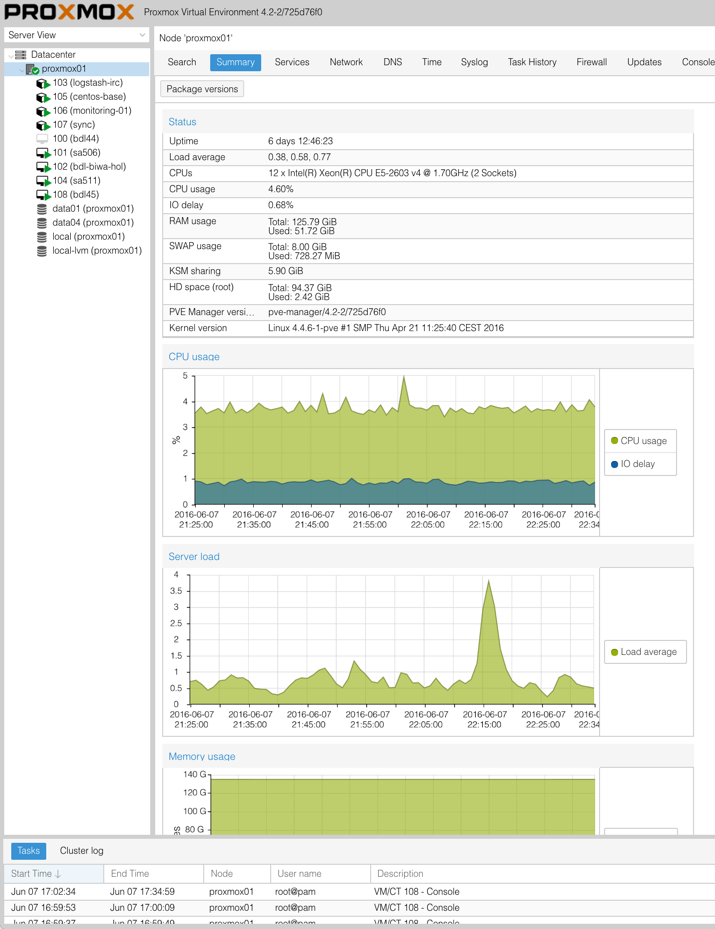