I had the pleasure of not one but two fry-ups in York, UK last weekend.

The first was courtesy of Bill’s Restaurant 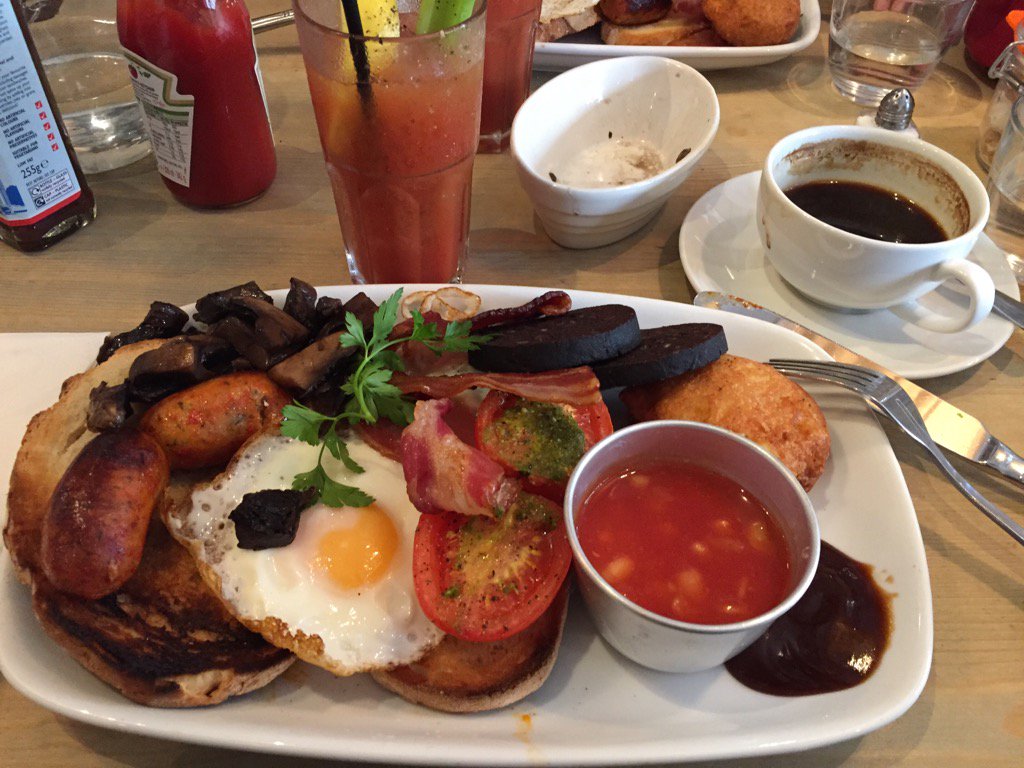 Overall, pretty good, and I’ve had much worse. All the ingredients seemed decent. The black pudding was overcooked and almost biscuit-like, but that’s my only serious grumble. The bacon was cooked well. That black pudding, beans and the mashed/friend potato thing were each extra charges annoyed me. Particularly with a hangover, I just want to be able to order a full english, without playing Mastermind to work out what’s in or not.

The next day I went to Star Inn the City, where this beauty was served: 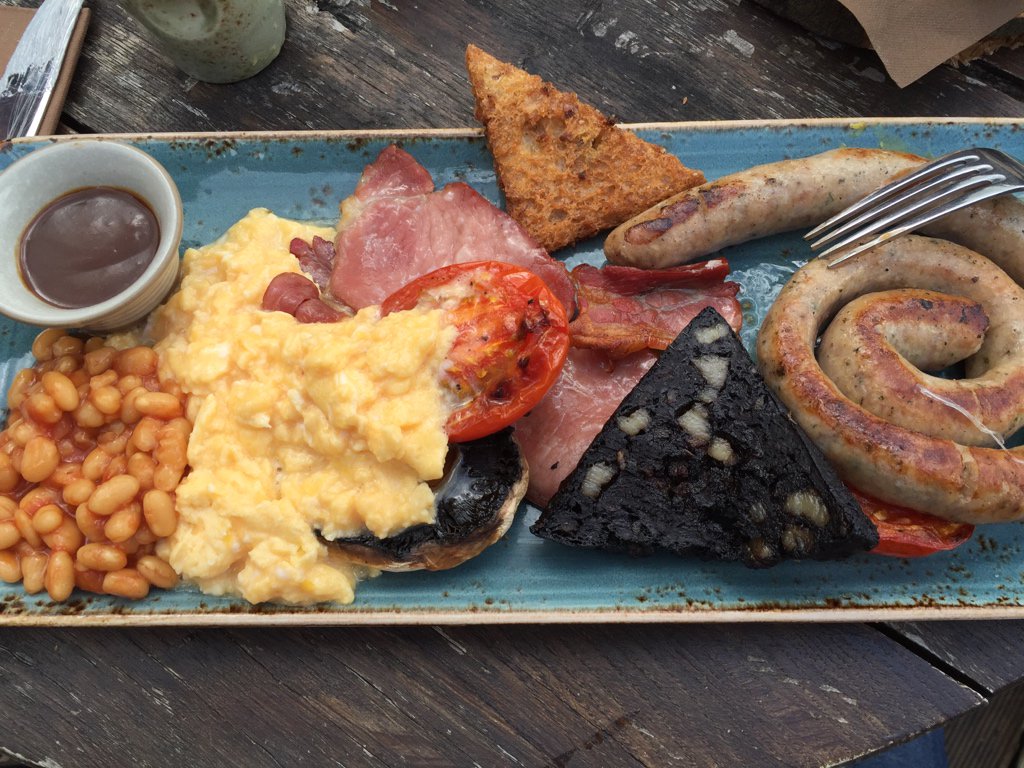 My first reaction was that it didn’t look like much - but the quantities were perfect, and the quality superb. The black pudding as you can see from the photo was substantial and not dried out. The only thing that let it down was the bacon, which if I had to wager had seen the inside of a microwave, or something else to give it a funny cardboard-like bite. Bonus points for the presence of a fried slice, but unfortunately this one had dried out somewhat so disintegrated on contact with the fork instead of giving that satisfying slight ooze that a proper fried slice does. Everything else, particularly the scrambled egg, was great.