On a family holiday in South Devon last week I had some good food experiences. Top of the pile was a Lardy Cake, a delicacy new to me but which I’ll be sure to be searching out again. It reminded me of an Eccles cake, but bigger and lardier! 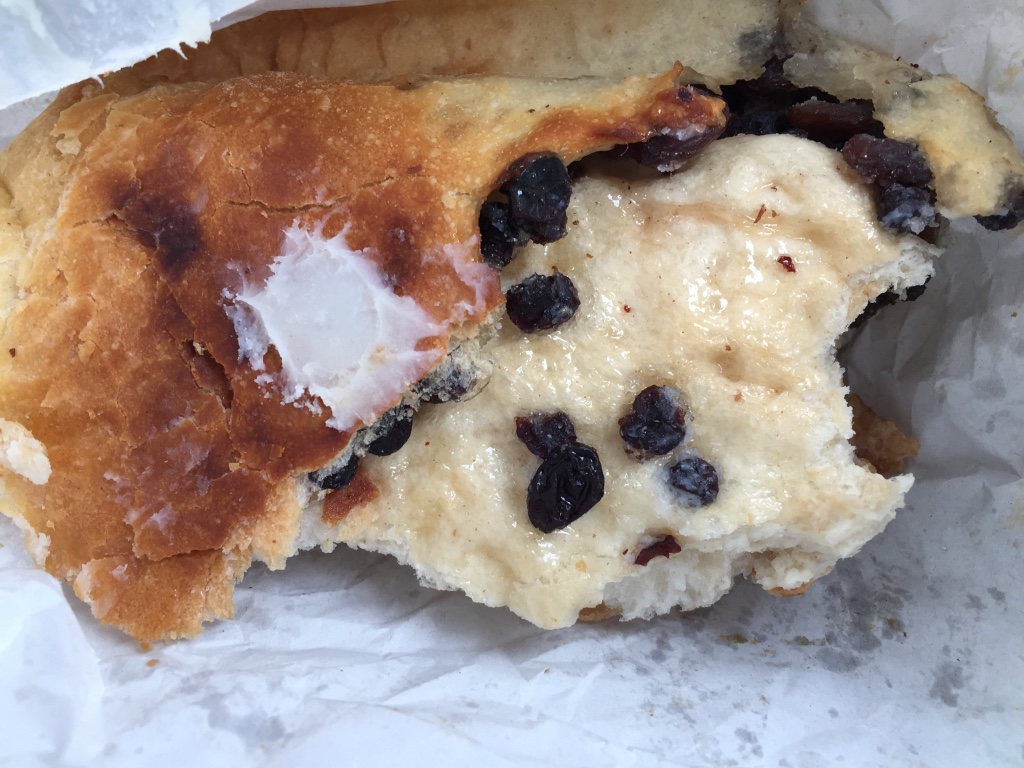 I got mine from Vinnicombes on the High Street in Sidmouth.

Just down the coast from Sidmouth is a village called Beer. I didn’t have any food of note there, but it’s called Beer which is certainly worth recording :)

A key attribute of any proper British holiday is rain, preferably from previously-clear skies so as to lull one into a false sense of security. Such was the start of a walk from Lower Eype up to Down House Farm where one of the finest cream teas to be had is on offer. I’d highly recommend this to anyone in the area (choose the fruit scones over plain, they’re the best), but I definitely wouldn’t drive it. There’s a road, but I use that word in the loosest definition of the term - the potholes are deep and nasty. 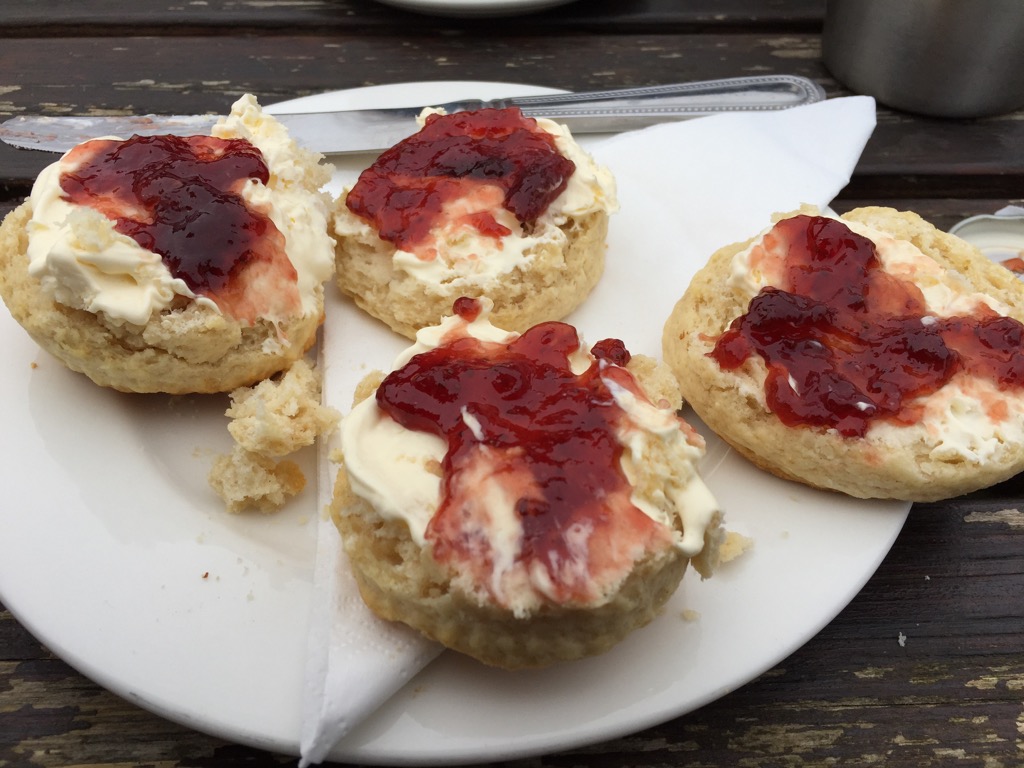 Prior to the cream tea we visited the Hive Beach Cafe and enjoyed a whole brown crab (the implements and effort required to eat it adding to the enjoyment) and mussels in a curry-type sauce. It’s under plastic awning and with the sun coming through was like eating sat in a greenhouse; pro-tip (1) don’t sit in the sun, however cold the wind may be outside (2) don’t order a crab that you have to dissect yourself if your two and four year old children are going to have finished their food in five minutes and want to leave… 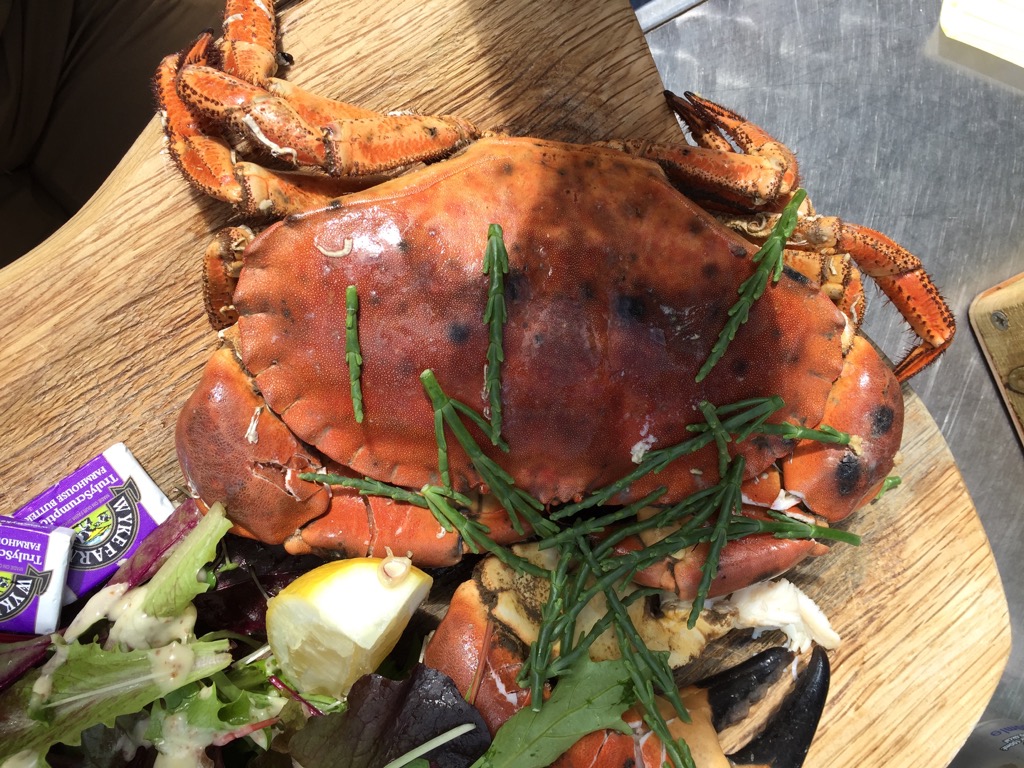 At the beginning of the holiday we went via Bournemouth and had a pretty good fry up at Urban Reef. The bacon and sausage were decent, but with no black pudding lost it points. 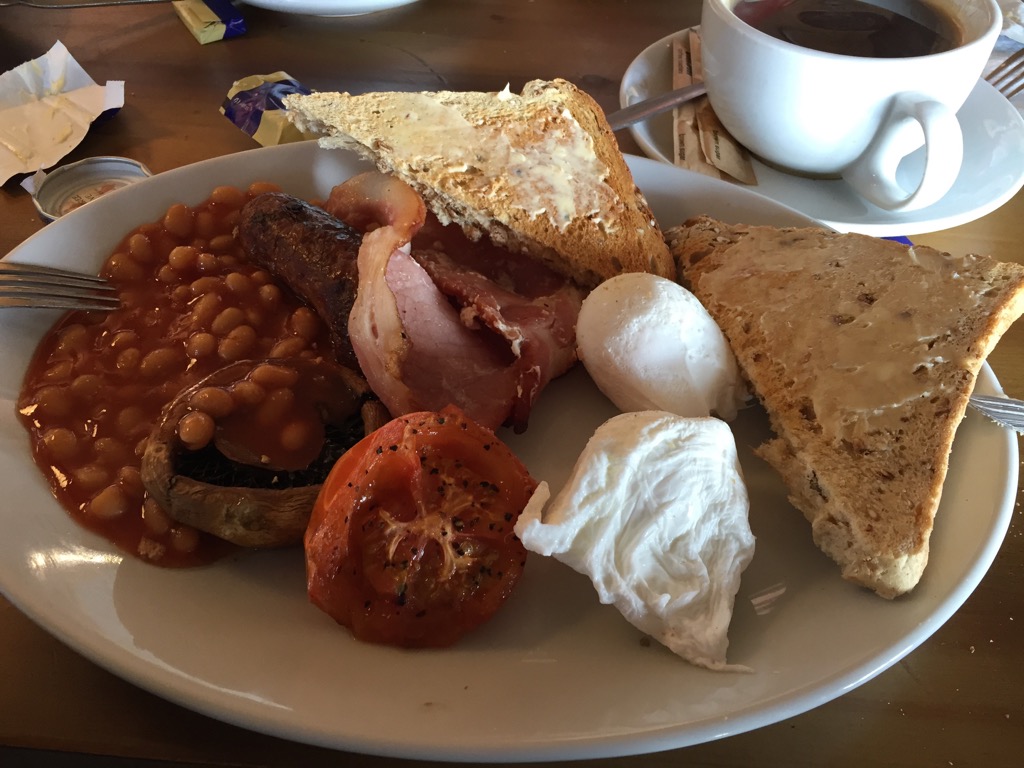 On the last day of holiday an overnight stop at Southhampton’s Premier Inn North gave the chain chance to redeem itself after the poor fry-up showing in Manchester recently, and redeem itself it did. Decent black pudding, good sausages, good egg, only let down by oddly-chewy bacon. 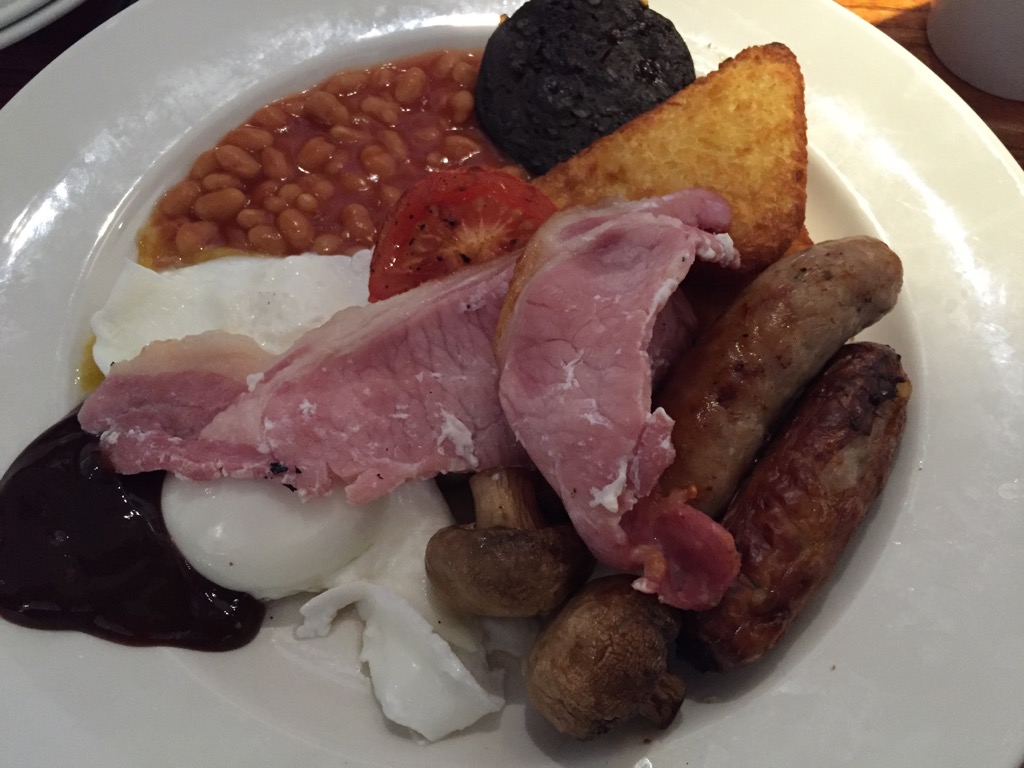 GPRS. All week. Anywhere in South Devon/Dorset. Better would be “No Signal”, then there’s no tantalising suggestion that it might just work…

A colleague of mine recently turned up to a meeting with nothing but his iPhone, and a Bluetooth keyboard. The portability and simplicity of the solution looked great and I soon bought myself an Anker T320. I brought it away on holiday with me and coupled with an iPad mini it’s super for writing long passages of text (here using Editorial). 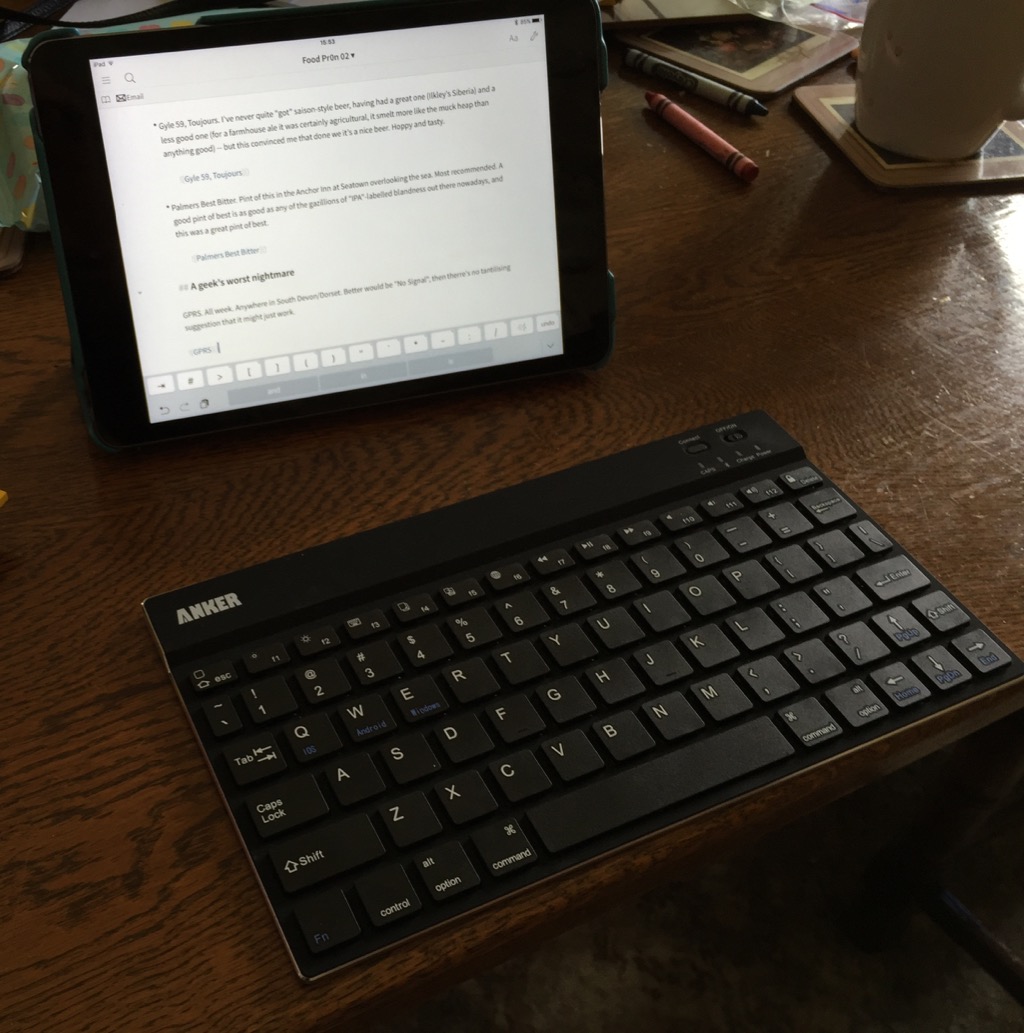